“That’s an easy book.  I can read it: Elephants Cannot Dance!” -D. Penguins

The Penguins class is studying Mo Willems, so I chose a book we could read together in music and build a music lesson around.  As I turned the pages, the students helped me read and act out as Piggie tries to teach Gerald to dance.  We danced high, low, robotic, wiggle-waggle, and more along with Elephant & Piggie.  At the end, we took away that it is important to try to dance that we each dance our own way that someone else may admire.  So then the students took the lead.

Two Penguins students lead us each through their choice of song of “Who Let the Dogs Out” and “Party Rock Anthem.”  Their classmates followed them on the foot kicking, stomping, running, hand jiving, back-laying, arm swaying movements to the music, trying to dance like their friend.  The two leaders liked being the teacher and seeing their friends imitate their awesome dance moves.  Dancing through two songs with so many leg kicks and bounce, we had a sweaty work out!

The lead student was creative and different in their moves and took the leadership role seriously.  They did movements that they knew everyone could do and kept it fun.  A few times, the students needed some reminder to follow their teacher as they had a few ideas of how they wanted to dance to the music.  After several minutes, they had their eyes on the lead teacher and were imitating them.  This was a great social dancing activity that brought the group together and developed awareness of their peers and their movement abilities.  Five more classmates will have their turns in the upcoming weeks to lead us in their own creative dance moves.  They are excited and have already shared what song they want and what sort of moves they will be teaching to the class. 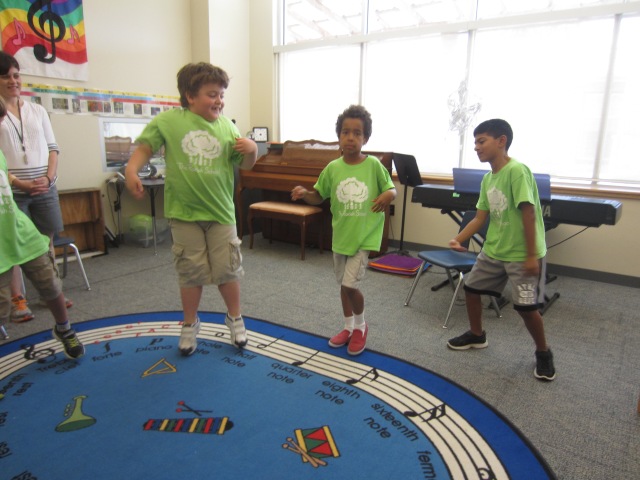